Golden Retrievers are playful, friendly, and loyal dogs.  The hardest thing about being the owner of one is to know that your dog won’t be around for as long as you will be. The lifespan of dogs including Golden Retriever is much less than human beings. While you may not like to face the fact that your Golden will not be around forever, it helps to know its average lifespan and the steps you can take to extend your time with your precious pet.

A few years ago, the foundation invested $25 million to launch the first lifespan study of Golden Retrievers that involves over 3,000 Golden Retrievers. The non-profit organization explained that reviewing the environmental factors and health conditions faced by these dogs all over the country should benefit other breeds, as well as humans since 95% of the same DNA is shared between dogs and humans.

This research study is a major endeavor towards learning how cancer and other diseases can be prevented more efficiently in dogs. It is the largest and longest observational study ever carried out for any canine species, enrolling over 3,000 Golden Retrievers and lasting for about 10-15 years.

The Golden Retrievers involved in the research study come from different states of the U. S.; half of them are females and half are males, half are not fixed and half are fixed.

Although the study was initiated several years ago, it hasn’t provided any clear results up until now. However, early examinations have revealed that 33% of the Golden Retrievers which are aged between 1 and 5 years were suffering from ear infections or skin diseases. Moreover, 17% had gastrointestinal illnesses while 11% were a victim of a urinary disease. All Golden Retrievers involved in the study are medically treated to ensure that results don’t get skewed and the study is conducted properly.

Pet owners, breeders, and handlers are all asked to record everything from a change in their pet’s diet, move across town or country, time zone or climate, the onset of new behavioral changes and arrival of a new child at home.

Golden Retrievers involved in the study are taken to veterinary practices regularly so that a veterinarian can collect nail and blood samples, feces, hair, and anything else that’s important to understand what’s happening with the Golden Retriever breed, especially when they are sick. The objective behind collecting this scientific data is to uncover early warnings sings among canines that develop diseases like cancer. In addition to samples, veterinarians maintain a journal, recording changes in sleeping patterns, blood pressure, temperature, diet and any other detail that might explain illnesses.

Up until December 31, 2017, 69 Golden Retrievers who were involved in the study have died due to different medical conditions including cancer. Final observations and results from this study are expected to come within a few years. 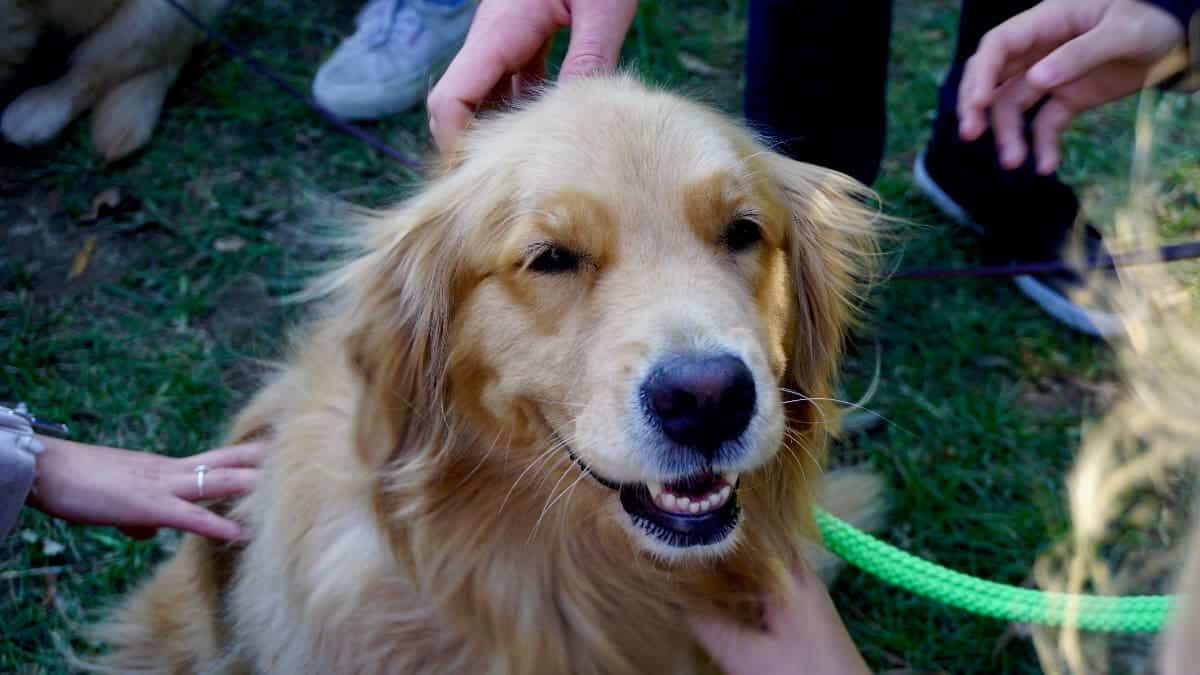 Things You Can to Help Your Golden Retriever Live Longer

No one likes to part ways with their beloved pet. Genetic diseases play a major factor in a Golden Retriever’s lifespan and these dogs are prone to health issues. Fighting against the genetic make-up of nature is difficult. All you can do is try to keep your Golden Retriever healthy to the highest level so that they can fight against DNA weaknesses and live as long as possible.

Here are a few things that you can do to increase your Golden Retriever’s lifespan and make them stick around a little longer.

Spaying or neutering your Golden Retriever may allow it to live two to three years longer. Male dogs won’t have to worry about getting testicular cancer while females will be less likely to become a victim of mammary cancer. Moreover, since their hormones won’t drive them to reproduce and get them into trouble, they will be less likely to break away from you to find mates or get into risky situations outside the home.

Doctors advise us to eat a healthy diet and avoid eating fast food if we want to live a longer, healthier life. In a similar vein, if you want your dog to live a healthier, longer life, you should feed them a high-quality diet. All dog food isn’t created equal so choose the best one for your Golden Retriever. If you aren’t sure about what’s healthy for your Golden Retriever, ask your vet. They should be able to guide you and help you choose a high-quality diet for your pooch.

Just like us humans, Golden Retrievers can become vulnerable to chronic diseases when they are stressed. A happy Golden is a healthy Golden. So try to do things that keep your pooch happy. Address stressful situations like bullying from another dog or anxiety. Stay close to your Golden Retriever and give them plenty of time so that your pooch doesn’t feel lonely. Don’t leave your Golden Retriever alone outside as this will make them feel like they are excluded from you and your family.

Exercise is extremely important for your Golden Retriever. These dogs crave physical activity and if they don’t get enough exercise, they store up all the unused energy inside them and they become so bored that they start looking for ways to release all the unused energy. This causes them to become destructive and they start digging, chewing and running around your house like tornadoes. Some even try to escape at every opportunity.

Many people who complain that their Golden Retriever is out of control haven’t exercised their pooch enough. They have not met the basic needs of their Golden and they are responsible for the adverse behavior of their dog. So, if you want to keep your Golden Retriever healthy and prevent it from injuring itself or getting in dangerous situations, take it out for exercise regularly.

Exercise will also help your Golden Retriever maintain a healthy weight. This will reduce their probability of getting weight-related illnesses and joint problems later in life. 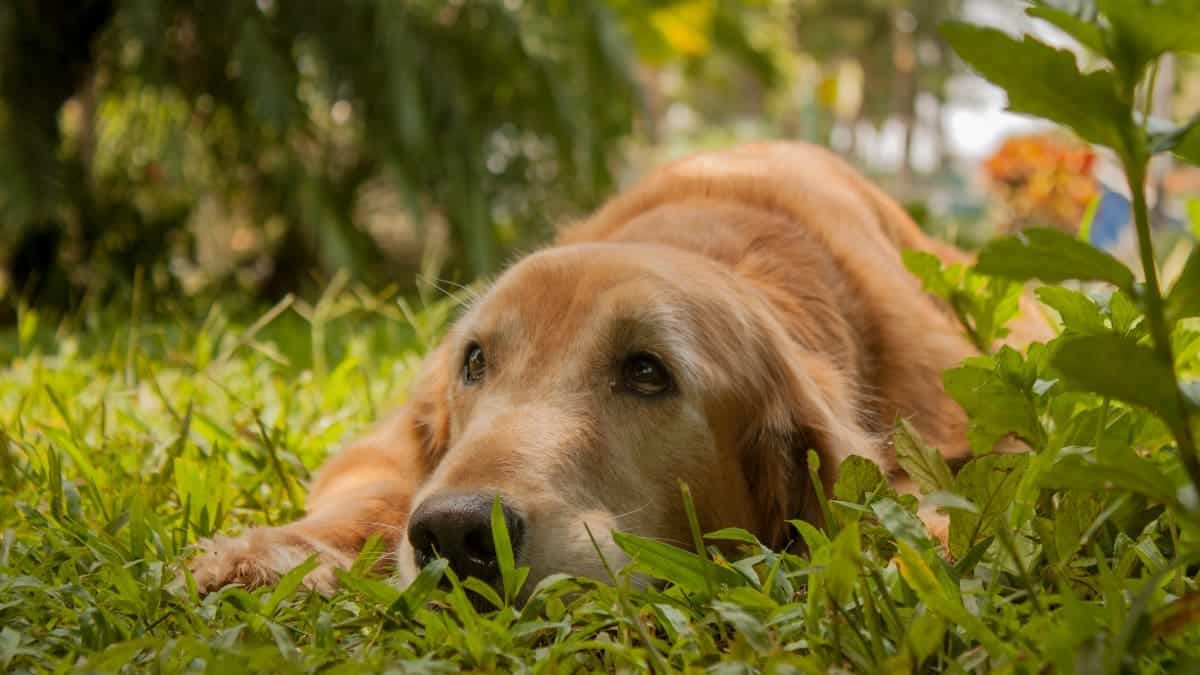 If you want your Golden Retriever to live longer, make sure to take it to a vet regularly. Regular checkups from a vet will increase the chances of diseases getting caught earlier and addressed before they ruin the health of your dog. Veterinarians will also keep your Golden Retriever’s vaccinations up to date to ensure that they are protected against diseases.

While Golden Retrievers have lush golden fur, it isn’t enough to protect them from the bright sun. In fact, they are very prone to sunburn due to their light-colored fur. Moreover, dogs, like us humans, can get skin cancer. So you should apply sunscreen around the tummy, ears, eyes, and on the tips of your Golden Retriever’s nose. Your veterinarian should be able to recommend a good sunscreen so make sure to ask them about it.

Supplements can improve the health of your Golden Retriever. Ask your veterinarian to recommend some good supplements that you can add to your pooch’s diet. Many dog breeds benefit from joint supplements like chondroitin and glucosamine while Omega 3 fatty acids help in reducing inflammation.

If you want to keep your Golden Retriever around longer, pay attention to their dental cleaning. If you allow bacteria to build up inside your pooch’s mouth, it can form plague that might migrate to the bloodstream, damaging vital organs. So make sure to keep your pooch’s mouth cleaned. Brush their teeth regularly at home while using good quality dog toothpaste.

Some owners are too kind to their dogs. They indulge them in every cuisine delight. But they don’t realize that their kindness can be harmful to their Golden Retriever. Packing on extra pounds decreases your Golden’s chances of living a longer life. A study carried out on Labradors revealed that dogs fed 25 percent less than other control group canines lived 1.8 years (average) longer. That is a major deal since your Golden Retriever only lives for about 10 to 12 years. So, if you really love your Golden Retriever, be tough on them and don’t feed them in excess.

Limiting toxic exposure will help your pooch live longer. Many dog owners don’t realize that their pet may often interact with things that aren’t safe for them. You should keep a close watch on your Golden Retriever and don’t let it chew on chemically treated objects. Make sure that they don’t lick surfaces that you have cleaned using cleaning agents. Be mindful of what you’re allowing them to eat and what you are using to clean them. Consuming toxins will hurt your Golden Retriever so do your best to prevent your dog from consuming any harmful chemical. 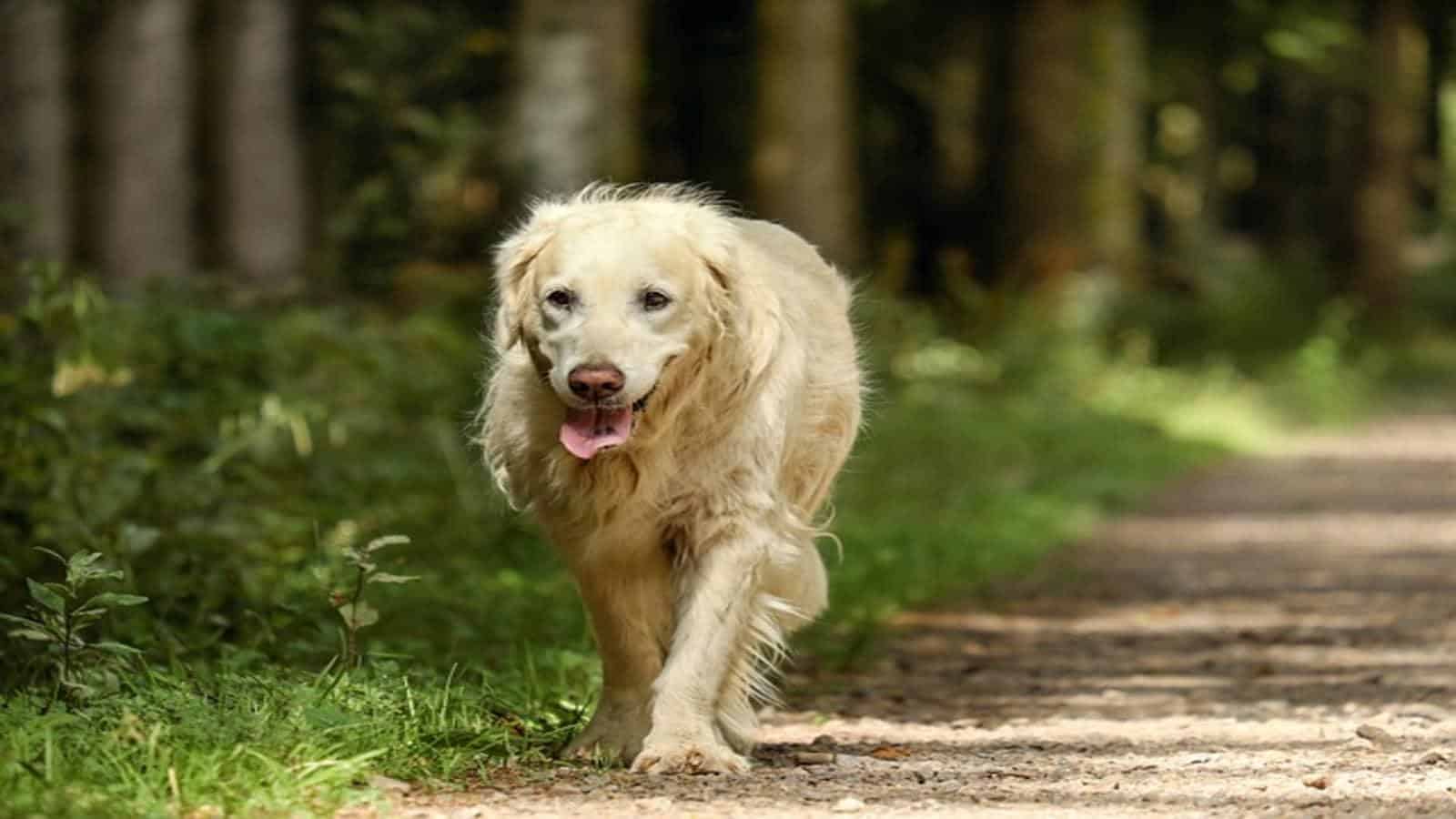 Golden Retrievers are amazing dogs and are extremely friendly and loyal. But, the hardest thing about being an owner of this breed is having the knowledge that your pooch will not live a long life. Since Golden Retrievers are larger dogs, they don’t live as long as their smaller counterparts.

In the past, Golden Retrievers lived for about 16 to 17 years, but now these dogs only live for 10 to 12 years. These days Golden Retrievers mostly die of lymphoma, cancer of the blood vessels and bone cancer. Research is being carried out to determine why Golden Retrievers don’t live as long as they used to and what could be done to increase the lifespan of these dogs.

We hope you know understand how long your Golden Retriever will live and what you can do to possibly increase the lifespan of your beloved pet.