Golden Retrievers are one of the most popular dog breeds today. Who can resist these cute and playful balls of fur? Nobody! From being good around kids to being attentive to owners’ commands, it is easy to understand why the dog breed is popular in America.

Despite the breed’s popularity and ubiquity, the Golden Retriever origin has been somewhat mysterious. Scientists and historians have proposed different theories over the years. However, to truly understand the origins of the Golden Retriever, we have to go back and trace the evolution of humanity. After all, this breed has been a constant companion to humans over centuries.

History is a witness to the effects of humankind’s evolution on the environment. With time, human beings became more equipped, both physically and mentally, to survive alongside nature and the world surrounding them changed too.

Dogs are a great example of this change. Known as “man’s best friend,” this four-legged creature that we adore so much today were once part of the wildest and fiercest predators in the world— wolves. Once considered as one of the biggest threats any human settlement faced, the domestication of wolves around 35,000 years brought about a change in the way humans lived.

According to scientists, when humankind developed an ascendency over wolves with their superior weapons and physical strength, the wolves would visit human settlements merely to scavenge for leftover food. As time went by, the human settlements grew and wolves became a part of the colonies. They accompanied the humans on their nomadic travels. Slowly and gradually, the wolves became a natural choice for domestication.

The domesticated wolves soon became an excellent resource for the nomadic humans. In addition to keeping humans safe from other wild animals, these animals also helped in hunting and searching for food.

Originally Bred for Hunting and Rearing

As humans evolved around the world, the domestication of wolves moved from the green pastures of the Middle East and Europe to China and the Far East. Humans were now aware of the potential of the domesticated beasts and were looking for ways to enhance the benefits they got from the animals.

This is where training animals became important. The dogs of the time, although harmless for the settlements, had still not developed the playful persona they have today. Hunting was still the primary purpose of the dogs.

As human beings evolved, they found new ways of hunting. Unlike the past, hunting was not a necessity anymore; the evolved human race had found other sophisticated methods to grow food and gain nutrition, converting the once necessary activity into a recreational sport.

With the evolution of humankind, the relationship with dogs changed too. Although the primary purpose of breeding a dog was for assistance in activities, people started to notice their fun and playful side as well.

Royals and locals alike who had the appetite for hunting took their specially trained dogs alongside for hunting expeditions. Agility, speed, and strength were some of the characteristics necessary for hunting dogs as they to chase the prey and catch it.

In addition to hunting, dogs also got the job of rearing farm animals. With their energetic yet aggressive nature, dogs were responsible for ensuring that the farm animals were in control and safe from the predators around.

Now, from the two breeds in question, the Golden Retrievers belong to the family of hunters.

Why are they Called Retrievers?

With the advancement in science and technology, the methods of hunting changed too. Hunting could now be achieved by guns instead of spears or arrows. However, the downside of using guns was that the weapon was exceedingly loud which led to the distraction of the prey. Even when the aim was on target, it was challenging to find the trophy.

To provide a solution, humans came up with the ‘retriever’ breed responsible for retrieving the game. The breed combined speed and a strong sense of smell to either chase prey or to retrieve and sniff out an injured or dead animal. 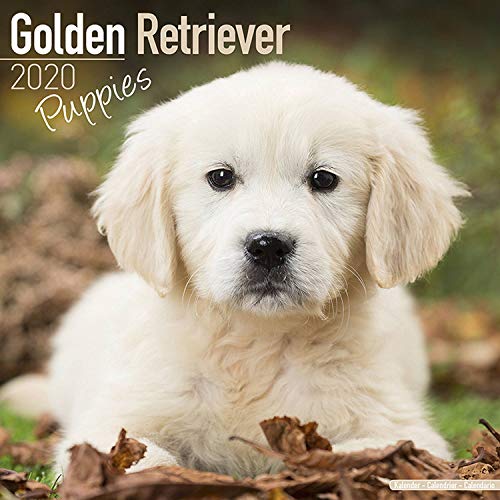 How did we get to the Golden Retrievers we have today? Well, the answer to this again lies in evolution. Among the Scottish gentry, the hunting of wildfowl was a favorite sport. However, the marshy hunting grounds made it challenging for the existing breed of retrievers to retrieve the game from both land and water.

Therefore, to adapt to the challenge of hunting in the marshy lands, the existing retrievers were cross-bred with water spaniels to make use of a unique set of skills. This mix of the two breeds led to the creation of what we call the Golden Retriever.

The True Origin of the Golden Retriever Breed

There are different historical accounts regarding the origins of the Golden Retriever. Of the many accounts available, the one widely accepted today revolves around a Scottish Lord by the name of Dudley Marjoribanks. This Scottish Lord was also known by his title Lord Tweedmouth

Although the exact date is not known to many according to historians, it was around the late 19th century when Lord Tweedmouth acquired a yellow retriever named Nous. The yellow wavy-coated retriever was the only one with a distinct look from a litter of retrievers with the typical black coat.

For hunting, Nous bred with a dog from the now extinct Tweed Water Spaniels to create a new hybrid breed that we now know as the Golden Retriever.

According to historians, it was Majoribanks’ love for retrievers that led to the origin of the Golden Retriever. A great hunter and a passionate breeder himself, Majoribanks was concerned with the inability of the retriever to adapt to the Scottish conditions.

The breeding of Nous and the Tweed Water Spaniel Belle led to the birth of several yellow pups now known as the Golden Retriever.

Impressed by the working ability of Nous’ progeny, more and more people in Majoribanks’ circle started to show interest in them.

Soon, the dogs became extremely popular and were used by gamekeepers; these dogs had now developed a reputation for themselves. By the turn of the century, a dog of this breed was known as a gentlemen’s gundog. 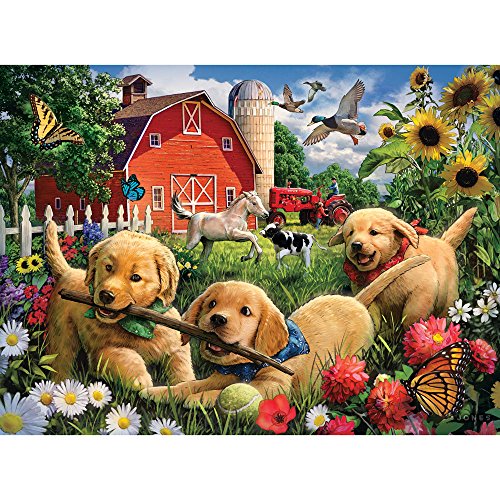 The exact origin of the birth of the dog was not specific; however, there are many paintings and records before the time of Dudley Majoribanks that indicate the presence of the Golden Retriever. Another famous assertion is that the dogs originated from the purchase and breeding of a pack of tracking sheepdogs from a circus visiting from Russia.

However, the claims made in the journal of Dudley Majoribanks has led many to believe that it was Nous and Belle that laid the legacy of the most popular breed today.

According to history and excerpts from the journal, the breed was developed far from the general public’s view. Lord Harcourt was the first one to exhibit the breed at a Kennel Club Show in 1908. Although the organizers entered the breed in a general Retriever class with no specifications, the breed was identified by the name Golden Retriever for the first time here.

Slowly and gradually, kennel clubs across the world started recognizing the dog as a distinct breed. 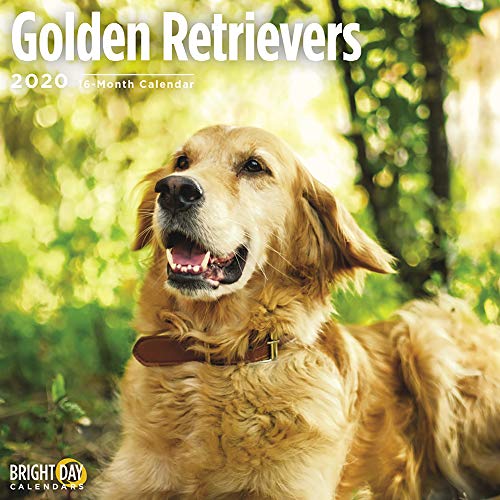 Is their Behavior a Coincidence?

As mentioned before, the personality traits we see in dogs’ behavior today is because of how they evolved.  The natural love that Golden Retrievers have for water is understandable, given its ancestral connection with the Water Tweed Spaniel.

Their excellent retrieving skills can be seen when they play fetch. Their large size is not a hindrance at all, and the breed shows particular interest in jumping. This also makes these dogs a little more dangerous around children and the elderly. However, since the dogs are eager to learn, it is not difficult to train them to avoid such behaviors.

The Golden Retrievers are highly intelligent and obedient dogs. Their love for chewing things is at times harmful for the owners; however, since the dogs are good at tracking behavior, it is not difficult to train the dogs to chew off their toys only.

The hunting and retrieving skills make the breed a good police dog too; here, they can make the full use of their abilities by detecting bombs and sniffing for drugs.