It’s hard not to fall in love at first sight of a Golden Retriever. It is no wonder that this breed is one of the most popular among dog lovers and is a sought after domestic pet in the United States. Golden Retrievers are also one of the most lovable dog breeds that people of all ages adore. They are easy to train and affectionate by nature, making them an optimal choice as a family pet.

If you are seeking to adopt your next dog and are potentially interested in the Golden Retriever, then this article can help you in your search. We’ll discuss the different types of Golden Retrievers including mixed breeds.

A Brief History of Golden Retrievers

Golden Retrievers were first bred in Scotland during the 19 th century. In this point in time, hunting styles were going through an evolution. Previous to this period, people were only able to shoot down targets from a closer range. As guns evolved, hunters could not hit targets at relatively larger distances. The game would land far away and sometimes in rivers and ponds.

Hunting dogs at the time were not up for this new challenge. Though they could collect the hunt from shorter distances, longer range kills which landed far away and into streams and rivers were beyond their skill set. There arose the need for a new breed of dogs, one which could solve this problem.

A man called Dudley Marjoribanks started to come up with a solution. He started with the Yellow Retriever and crossed it with the now extinct Tweed Water Spaniel. The pups from this crossbreeding effort were then crossbred with other dogs and over a period of 50 years, a new breed came about. It inherently liked water and had a thick, furry coat that kept it warm. It was gentle and was easily trainable due to its obedient nature. That is how the Golden Retriever came to be.

Golden Retrievers are now arguably one of the most desired pet breeds across the country. They shot to fame during the 1970s when the public fell in love with President Gerald Ford’s Golden Retriever, Liberty. The dog breed soon caught the imagination of the masses and became an indelible part of the wholesome American family image.

There is a general misconception about Golden Retrievers when it comes to variations. This dog breed does come in different varieties. However, the differences between these varieties are very subtle and barely noticeable.

There are two broad factors that you need to know of for making a distinction between Golden Retriever varieties.

The 3 Breeds of Golden Retriever

The Canadian Golden Retriever is the breed that stands out the most among the pure breed class. The hair of dogs belonging to this breed is shorter and slightly more thinned out than those from other pure breeds. These characteristics make it appear less furry than British or American Golden Retrievers.

The most notable difference that makes it stand out from the other breeds is that the Canadian Golden Retriever is slightly taller than its counterparts, almost two additional inches on average.

There are very minute differences between the English and American Golden Retriever. Their body sizes are quite similar and their coats carry the same characteristics. The most notable difference between these two different pure breeds is their structure of specific body parts. English Golden Retrievers are distinguished by their broader skulls and more powerful front legs. Their eyes are also generally darker and rounder as compared to their American counterparts.

American Golden Retrievers are generally leaner and less powerful than other pure breed varieties. They also have less muscular strength than their counterparts. Their fur coats are usually darker than English Golden Retrievers but their height is the same.

American Golden Retrievers have lighter color eyes and are characterized by triangular or slanting-shaped pupils rather than fully round ones.

The color differences between Golden Retrievers are almost negligible and come in a limited variety. There are three distinct color categories namely: light golden (or creamy), normal gold, and dark golden.

This color spectrum strictly holds for pure breed Golden Retrievers and even more so for competing dogs. Despite the high demand for the golden color, some crossbred dogs fall outside of this spectrum.

What to Expect When You’re Expecting a New Golden Retriever

No matter which breeds you ultimately end up choosing, Golden Retrievers generally have a fixed temperament which especially holds true for the purebreds. A Golden Retriever is a loving, energetic, attention seeking, and affectionate dog.

Golden Retrievers are great animals for playing fetch and they can play up to hours for an end. Eager, playful, smart and affectionate, the Golden Retriever has massive reserves of energy and no notable behavioral issues.

Golden Retrievers are brimming with confidence and are not aggressive or destructive at all. However, as pups, they can be a bit outgoing and chew on furniture or keep fetching random objects because of their playful nature.

The best way to deal with their overwhelming energy levels is to keep them engrossed in physical activities. Golden Retrievers love the outdoors and adore playing fetch and walks. They make great companions for a cross country run or bike trips as well.

Golden Retrievers look forward to tasks especially those involving problem-solving. They are quick learners and it doesn’t take much to win their hearts. It is important to note that Golden Retrievers do not take into account their health and will keep on being active and energetic until they collapse from fatigue. Be sure to check their endurance levels during strenuous activities such as hunting or training for shows. One thing to watch out for is that Golden Retrievers love to carry objects in their mouths. Once they take a shine to an object, they will carry it around for days and make it slobbery.

Golden Retrievers are great pets for the whole family as they do not just take a liking to a single person but get along with all family members. They are also friendly towards toddlers.

Like most dogs, the Golden Retriever lives up to 10 to 12 years. Common illnesses this dog breed is susceptible to include skin allergies and hip dysplasia. A healthy amount of exercise and optimal levels of food servings will keep them healthy and active for years. 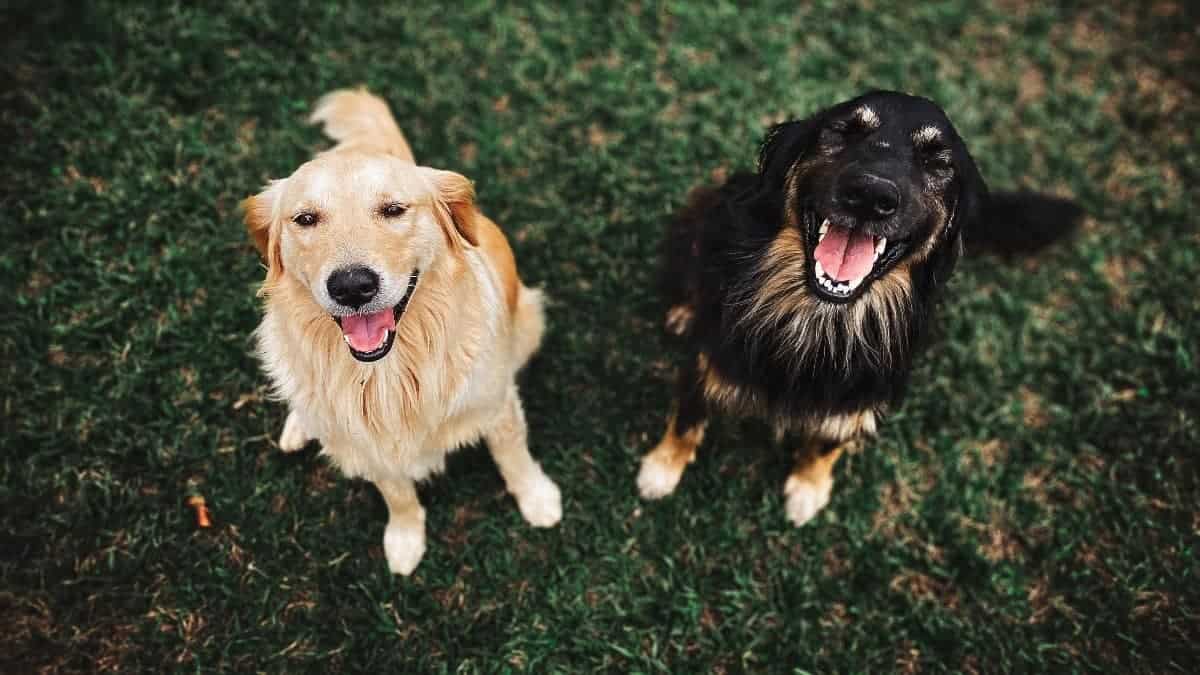 The Golden Retriever is a famous dog as a pure breed but there are many crossbreeds out there that are equally well liked but not as famous. A cross breed can have the temperament and characteristics that match its future owner’s requirements, something that a purebred Golden Retriever might not be able to offer.

Crossbreeding a dog always leads to certain assumptions regarding temperament and physical characteristics. However, these assumptions might not hold at all and even the personality could be different from the parent breed.

Does a Crossbreed Cost Less?

Crossbreeds have increased in popularity. The rarity and demand for some crossbreeds result in a hefty price tag that might be more than even a purebred. A Golden Doodle that is a crossbreed of the Golden Retriever can easily cross the $1K mark. Some exclusive crossbreeds may have a waiting period. You might have to travel to a faraway location to obtain them.

Some famous crossbreeds of Golden Retrievers are listed below.

This breed is a cross between the standard poodle and the Golden Retriever. This cross is quite full of energy and requires frequent walks even if you have a large backyard. The Golden Poodle has an advantage over other breeds. They do not shed much hair so your house can stay cleaner. This proves to be advantageous for those with allergy problems.

Golden Poodles require regular trimming of their fur every 3 to 4 months. You could try doing this at home after a while but, given their energy levels, it is recommended that you leave this to the pros. Golden Doodles don’t just come in shades of golden but they are also available in different colors like black.

This dog is the result of crossbreeding between the Dachshund and the Golden Retriever. It is an ideal dog for those who require an energetic pet that is fun to play with. The breed generally has a mid-sized build with extremely soft fur that has to be tended with regular brushing.

A crossbreed between the Bernese Mountain Dog and the Golden Retriever, this animal has quite the build. The dog is perfect for those who require a mixed breed family pet with some guarding instincts. It is also good for hunting and is optimal for those with large, spacious homes.

A cross between the Chihuahua and the Golden Retriever, Golden Chi dogs physically resemble the Chihuahua but are of a much larger build. The Golden Chi is quite energetic and is an ideal fit for families and individuals alike. They do tend to bark quite often, so good grooming and training are required.

A mix between the Golden Retriever and the Labrador, the Goldador makes for a perfect family dog with all the desirable traits you’d want in a household pet. The crossbreed is mild-mannered and quite obedient with average levels of energy. These dogs require frequent walks which can become an issue if you don’t have a backyard.

The Goldmation is a crossbreed between the Golden Retriever and the Dalmatian. This crossbreed comes in a variety of different colors. The Goldmation differs in personality but is generally more reserved. Potential owners should buy the dog when it’s young to socialize and increase the comfort level for both.