Golden retrievers are among the friendliest and most intelligent dog species. With an amiable personality and love for companionship, these dogs can live up to 12 years.

Golden retrievers remain sexually fertile from about a year to old age. A female golden retriever generally goes into heat when she is between 10 to 14 months old. Males typically reach full maturity between 12 to 15 months.

Whether you are unsure about how many pups the female retriever will produce or you want to know if your pet dog is pregnant, this post will help you. Here, you will know about the signs and symptoms of a pregnant retriever and the average size of the litter.

How to Tell if Your Golden Retriever Is Pregnant

You can tell whether your pet retriever is pregnant by looking at some signs. The typical gestation period of dogs is significantly shorter as compared to humans.  A golden retriever’s gestation period is just 9 weeks or about 63 days. Some female retrievers may go into labor a few days earlier or later.

A lot of changes happen inside the female retriever during the short period she is pregnant. The fertilized eggs move to the uterine horn during the first few days of pregnancy. Once the eggs enter the uterine horn, they embed in the uterine lining and begin the development process.

A fetal heartbeat will be felt after about a month into pregnancy. The development process during the second month and the embryos turn into puppies that can be identified by a veterinarian.

The puppies are ready to be born during the third month. So, you need to be ready for the delivery of the pups. The good news is that, unlike humans, dogs don’t require a nurse or midwife when giving birth! 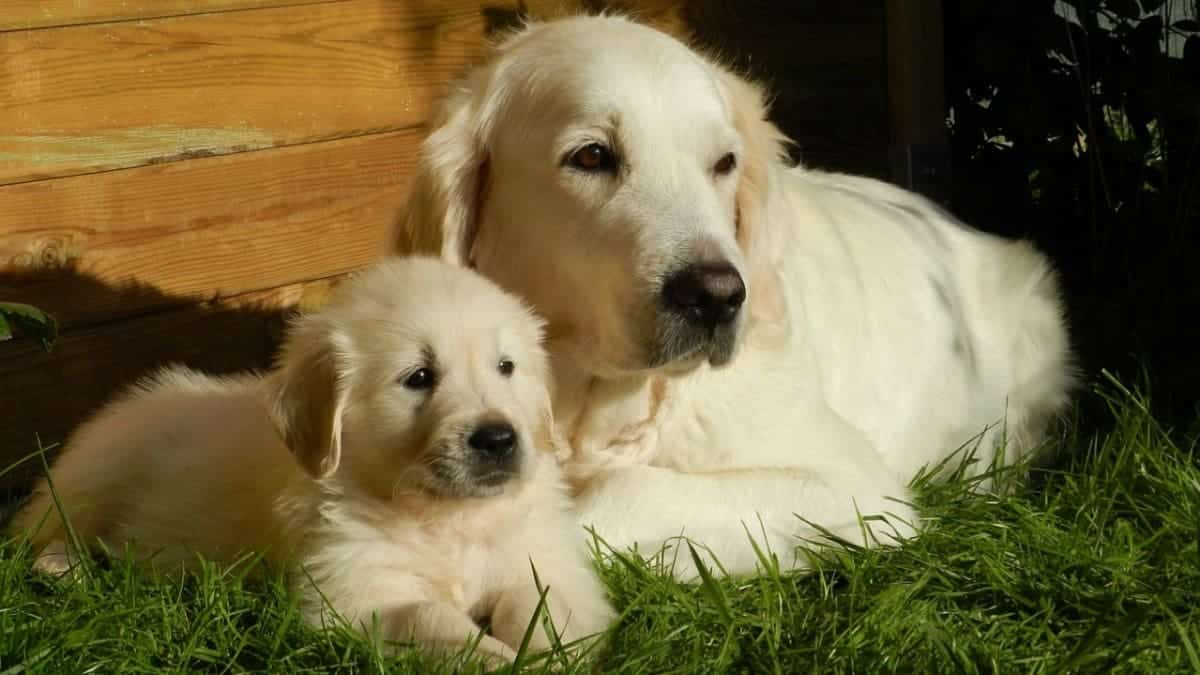 Signs of a Pregnant Golden Retriever

Your female retriever will go through hormonal changes when she is pregnant similar to a woman. Some of the symptoms of being pregnant include:

Reduced appetite is the first sign of a pregnant pooch. However, the appetite returns to normal during the middle of the pregnancy.

Once the appetite is restored and the puppies start to develop, your golden retriever will become stouter. Her belly will bloat and become large during the later period of pregnancy. Normally, you will be able to tell that your pet dog is visibly pregnant when she is 10 days into the pregnancy.

During the early stages, your pet dog will not have any interest in exercise and she will sleep a lot.

In addition, most female retrievers become affectionate and friendly during the first few weeks into pregnancy. However, you should be careful as there can be some who want to be left alone during this period.

Your female retriever will start to have discharge about one to two months of gestation. The discharges will be either milky or clear. If the discharge is red or pink color, you need to get her checked by a veterinary immediately.

During the end of the pregnancy, you will notice some milk discharge. This is a sign that the puppies will arrive soon, so you should be ready!

Average Size of Litter for a Golden Retriever

Online sites also mention golden retriever litters of just one puppy. So, you can expect anywhere between one to 17 pups.

On average, however, golden retrievers produce eight puppies. The first litter size is generally smaller as compared to the subsequent litters.

Another important thing that you should know is that the male and female ratios differ. In some litter, males are more than females, while in others females are more. In addition, there is also a small possibility that all the pups are of one gender. 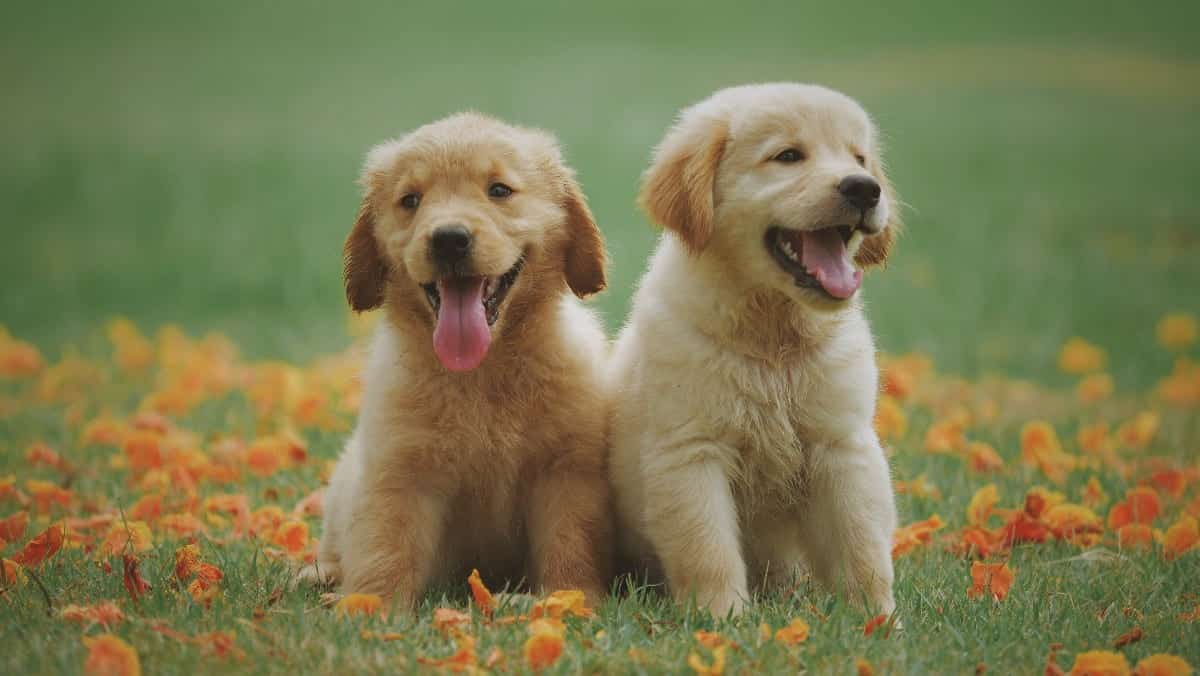 The health of the dog also affects litter size. For instance, overweigh retrievers are likely to produce a small litter size.

Another important factor that determines the size of a litter is age. Young retrievers generally produce small litters. The size of the litter increases when the dog is between 4 to 5 years old. You can expect an older retriever to produce between six to ten puppies.

Size of the retriever is yet another factor that determines the litter size. Large sized breeds typically have larger litters as well.

Diet may also influence the size of the litter. Good nutrition will lead to maximum litter size for that particular dog breed. You should consult a vet to know about a healthy diet plan that will increase the likelihood of large litter size.

Extreme litter sizes – too large or too small – occur due to certain complications. The female retriever may not be bred at a suitable time when the eggs weren’t fully fertilized.

Another factor for abnormal litter sizes is age. If the sire was too old, the litter size may be smaller. The reason for the small litter size in older retrievers is low sperm count.

The health of both parents affects the size of the litter. A retriever with a physical defect or injury may not be able to produce a large litter.

You should also note that puppies may become stillborn when the delivery is too long. There have been cases where a puppy is retained in the uterus causing complications for the mother. In general, a large litter size involves a lot of complications during birth. 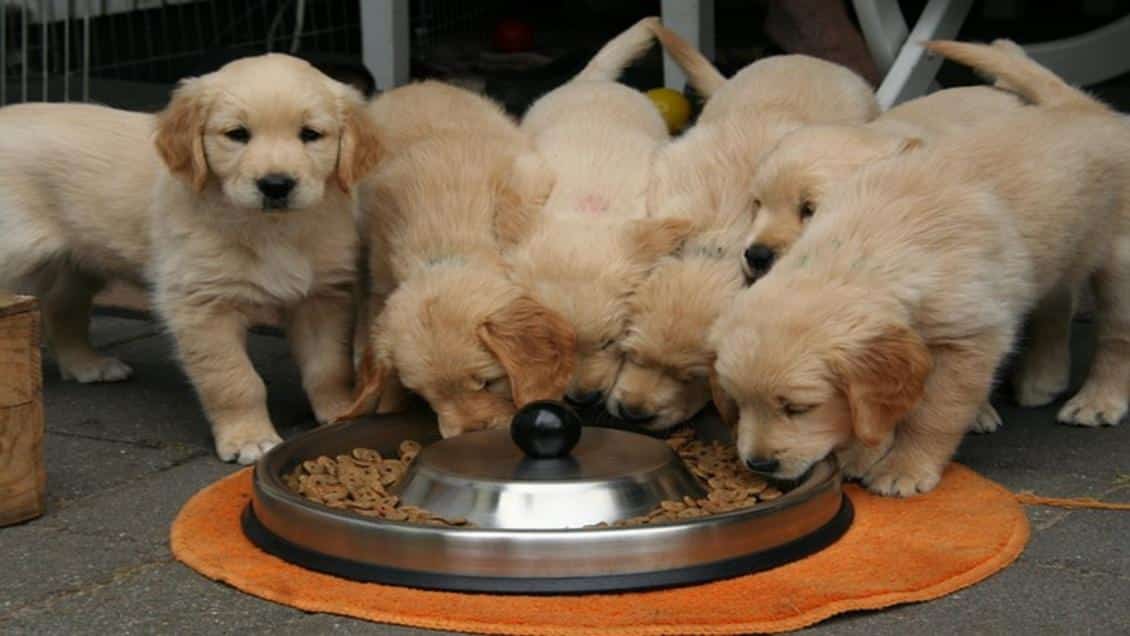 How to Find Out Litter Size of a Pregnant Retriever?

Any ultrasound or X-ray can be performed to know the number of puppies inside a pregnant retriever. An X-ray can identify pups inside the retriever’s belly only once the bones have developed. This normally occurs about 49 days into the pregnancy.

Ultrasound can also help in determining the litter size. The test is performed about 22 days of the gestation period. But the technique does not reveal the exact size of the litter. Still, this technique is less harmful to the puppies and the mom as compared to X-Rays.

You should consider waiting until the 55 days of gestation before conducting tests to confirm pregnancy. By knowing about the expected number of pups in the womb, you can better prepare for the arrival of the little retrievers.

You need to take your retriever to regular walks when she is pregnant. This will help improve her strength so that she becomes ready for delivery.

Consider short walks since the pregnant retriever will easily become fatigued.  Consider about three to four short walks during a day. This will help keep the retriever fit that will make the delivery process easier for her.

At the same time, you need to avoid intensive training or even behavior training. This type of training can be stressful for the retriever so it should be avoided during pregnancy.

Make sure that you are up to date with the vaccines. Your pet dog should have received all the vaccination shots prior to mating. This will ensure that the antibodies are optimal during pregnancy.

Make sure that the treatments for worms and fleas continue during pregnancy. This is important as the pregnant retriever can pass diseases such as hookworms and roundworms to puppies. You should talk with your vet to find out whether the puppies need treatment after a few weeks of birth. 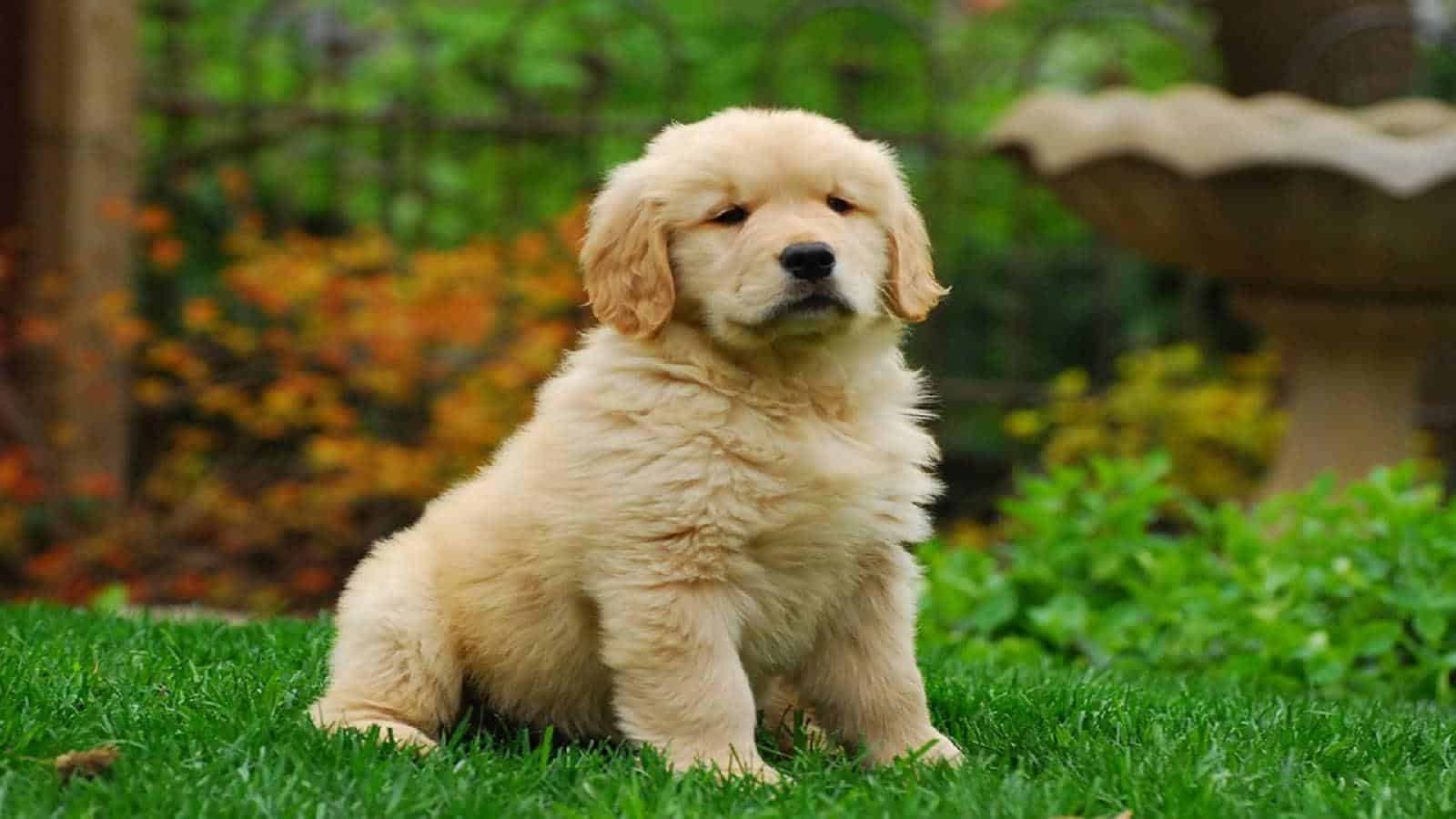 After reading this post, you should know what to expect from your pregnant retriever.  Keep in mind that your pregnant dog will require a private place to give birth. Consider building a place for her that is comfortable, safe, and warm so that your retriever can peacefully deliver the puppies.

Lastly, you should not let your retriever come near aggressive dogs. This is because the retriever may get injured in a fight with other dogs that may harm unborn puppies.