Golden Retrievers first came about in the 18 th  century and were bred first in Scotland. A yellow-coat retriever was bred with a Tweed Water Spaniel which is now extinct; that is how the first retrievers came into existence. Gamekeepers used to keep Golden Retrievers in the 1800s since they were outstanding gundogs. It was in 1906 when the Golden Retriever first started showing up at various dog shows.

It was in North America where the English Cream Golden Retriever puppies had been bred first and their ancestors come from places all over the world like Scandinavia, Australia, and New Zealand. The American Kennel Club doesn’t recognize the creamy-colored Golden Retrievers since they don’t fit into their standards of three-coat colors which are light golden, dark golden, and golden.

However, the UK Kennel Club has recognized the English Cream Golden Retriever and has been recognizing it as part of the breed since 1936. 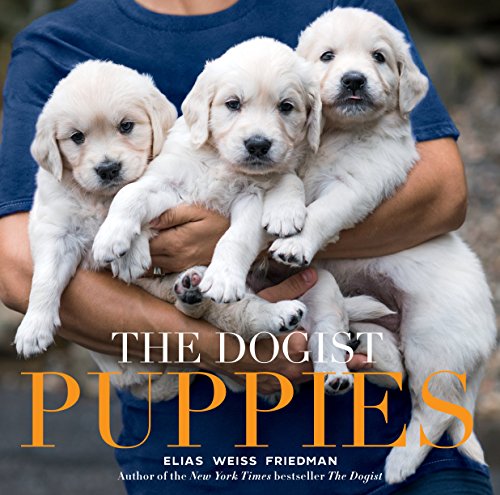 Creamy colors are not commonly found in the United States, which is one of the main reasons why the creamy shade isn’t accepted by the American Kennel Club. In the rest of the world, the color of the coat doesn’t divert judges from the features of the dog that is being assessed.

In the United States, the cream-shaded retriever earns a penalty in dog shows if they don’t meet the Standards of lustrous, rich, and different golden shades. Therefore, it’s not a coincidence that the performance of the English Cream Golden Retrievers is better in show lines when they aren’t judged by American Standards.

The health of the English Cream Golden Retriever isn’t determined by the color of its coat, and it’s the actions of breeders of the English Cream Golden Retriever that will affect the health of the breed. Good breeders will always give priority to a bloodline that is healthy, and you’ll even find some breeders claiming that the paler coat indicates a superior or healthier retriever, which isn’t true.

Placing too much focus on a particular color when breeding can result in hereditary health problems, and that can severely impact the gene pool of the Golden Retriever. The health of the parent is always going to play a major role in the English Cream Golden Retrievers health, which is why blood and physical tests must be performed. Some of the most common health issues in the breed are heart disease, eye conditions, and hip dysplasia.

It’s been recommended by the Canine Health Information Center, that Golden Retrievers must be examined for elbow dysplasia and hip dysplasia. An ophthalmologist should examine them, and they must be given a congenital cardiac test, and an advanced cardiac test as well. Their ears should also be regularly checked to avoid any kind of infection.

It’s important to remember that Golden Retrievers are highly vulnerable to cancers. A national health survey carried out in 1998 by the Golden Retriever Club of America revealed that the most amount of deaths related to cancer to in Golden Retrievers was between 8 years to 12 years. The study also found that most dog deaths caused by cancer, started when they were around 3 years old. Lymphosarcoma and hemangiosarcoma were the most common cancer forms that caused deaths.

A 2013 study found that neutering your Golden Retriever early or late could increase cancer rates in the breed. It was also found in the study that if you neutered your dog early, like before they turned one year old, you could cause them to suffer from serious gonadal hormones in their development. If you want to ensure that you don’t end up purchasing an English Cream Golden Retriever puppy that has cancer, you should have the parents of the puppy tested to find out if they have cancer.

Cancer isn’t the only inherited disease the English Cream Golden Retriever can suffer from, which is why you should get their health tested. There isn’t any evidence that proves that cancer and coat color are connected, and the creamy shade isn’t an indicator of cancer rates in retriever puppies.

It’s important that you have a basic understanding of the mental and physical expectations of your dog, as they will allow you to make a good choice when selecting a puppy. So, if you’re keen to learn about the basics of the English Cream Golden Retriever, here are some of them: 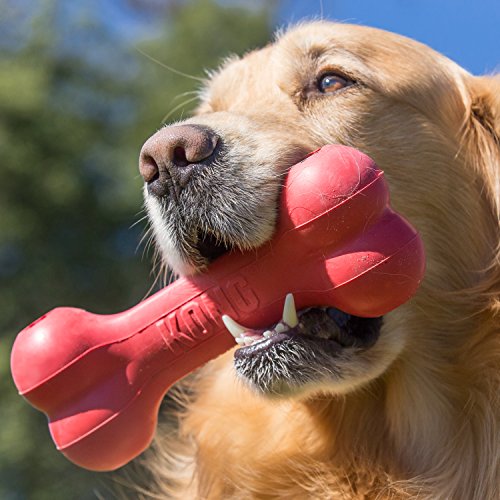 The English Cream Golden Retriever when it is fully grown is a breed that is medium to large-sized. The height of the female will be about 20 to 22 inches, while the height of the males is going to be about 22 to 24 inches. They will weigh anywhere between 55 to 75 pounds, which mainly depends on whether the breed is female or male. The English Retriever also have blockier and larger heads than their American counterparts.

The pale-colored coat of the English Cream Golden Retriever is its defining characteristic. It can also be identified by their feathery and thick tails and broad heads that are slightly arched but don’t have any noticeable occipital or frontal bones. They are renowned for their soft expressions and kind eyes that go along with their balance, symmetrical, sturdy, and powerful build.

English Cream Golden Retrievers are alert and confident while they are highly intelligent and natural workers. They also have soft, gentle mouths, allowing them to carry eggs and game easily.

The temperament of the English Cream Golden Retriever is a gentle one, and they will maintain their puppy-like behavior well into their adulthood, as this breed is playful and matures slowly. This breed is enthusiastic, outgoing, and friendly, while they are also very devoted to their owners and are intelligent as well. That makes them exceptional hunting companion, as they are hard workers and have a cool demeanor about them.

Their loving, and laidback character, along with their smarts and loyalty, ensures that they are excellent family dogs. They are a hardworking breed, which is why they make for excellent search and rescue, guide, service and therapy dogs. You will also find them frequently at dog shows and dog events, while they love playing outdoors. They are an active dog breed and require plenty of exercise, but they are also extremely comfortable indoors.

The medium-length coat of the English Cream must be groomed on a weekly basis since they are known to shed quite regularly. Therefore, you must brush them daily and know that their thick coats are going to shed heavily once or twice every year. To help make brushing easier, giving them baths occasionally will help but you must ensure that the coat has dried before brushing them.

If your primary concern with your dog is related to cleansing, it is recommended by experts that you should bathe your dog once you have brushed them. This will allow excess dead hair to be removed and make it easier to clean the skin of the dog with shampoo and water. Apart from cleaning and grooming the coat, you must also be vigilant about trimming the nails of your English Cream Golden Retriever.

Golden Retrievers are known to have problems with their weight, especially when they aren’t being fed properly, which is why you must be alert about food consumption and not give them a lot of treats.

Golden Retrievers are an energetic and active dog breed, which is why you must exercise them for two hours at a minimum, daily. Giving consistent training to this dog breed is recommended, and you can use treats for the training, but be careful about overfeeding them. Training this dog breed is extremely easy, due to their extreme intelligence, and eager-to-please mentality.

You should socialize your English Cream Golden Retriever with other pets and people when they are still a puppy, as this will allow them to be more comfortable around them. You should also think about obedience training, as that will help you bond with your puppy. There are plenty of different exercises you can choose for this dog breed, which includes hunting trips, bike rides, walks, fetching, swimming, running and a lot more. If you’re unsure, you should check with your vet about the kind of activities that may hurt the bones and joints of your retriever.

Should You Get an English Cream Golden Retriever?

The English Cream Golden Retriever is the ideal family dog, even though they will need a lot of exercise since they are extremely active dogs. If you live in a large home and have plenty of time to look after a dog, this breed will be perfect for you. They are great with other pets and kids, which makes them a good choice for families. The standard cost of a Golden Retriever is anywhere from $500 to $2,500, and you can expect to find one in that price range. An English Cream Golden Retriever Puppy is going to cost you around $700 to $1,600 right now.