Even though golden retrievers are celebrated in the United States, they didn’t originate in America and weren’t discovered here. They were bred and raised in the mid-1800s by gamekeepers in Scotland at an estate that was owned by Lord Tweedmouth. He cross-bred his Tweed Water Spaniel ‘yellow retriever’, which is now extinct with a bloodhound and an Irish settler. The result was the golden retriever, which was then trained to hunt outdoors.

Golden retrievers are much loved by Americans, which is why they are also called ‘America’s Sweetheart’ and are extremely loyal and playful. They have a personality that is puppy-like, which they carry with them into adulthood. Even though golden retriever puppies are extremely friendly, they require a lot of training and socialization so that they grow up into well-mannered dogs. You’ll find that even when they get older and a lot bigger, golden retrievers will always want to sit on your lap.

To help you better understand golden retriever puppies, we are going to share some important facts about them. These include: 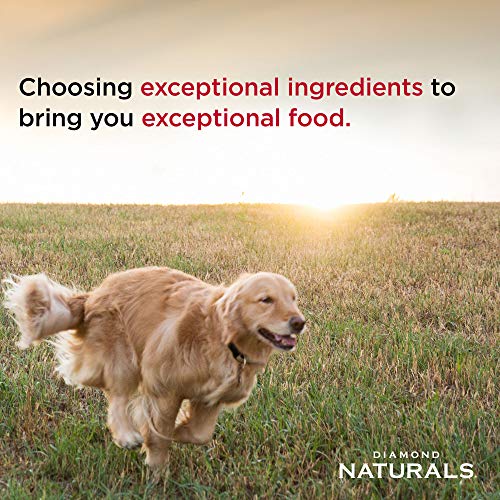 The typical golden retriever will grow up to weigh somewhere around 55 and 65 pounds if they’re a female, while males will weigh 65 to 75 pounds. They also reach heights that are around 21.5 inches to 24 inches at the shoulder.

Golden retrievers are strong and active, with a sturdy build and a long thick golden coat, which is why it is considered the American dream dog. The retriever has a feathery tail that wags frequently, along with short ears, and a straight muzzle. The color of their coat is red or golden, while English golden retrievers have a creamy white color.

Golden retrievers are extremely playful and are natural swimmers who will try and hunt waterfowl if they get the chance. They have a puppy-like energy about them, with stays throughout their adulthood, while they are easy to train as well. They are fiercely loyal to their owners and make for an exceptional family pet. Golden Retrievers shouldn’t be left for long hours as they can get social anxiety, and they love companionship.

You should be wary about golden retrievers shedding, which they do frequently. They have water repellant coats and do need occasional baths. They will shed heavily once or twice a year, and it’s important that you brush them daily when they’re shedding.

Golden retrievers are a healthy breed, but it’s good practice to regularly brush their teeth and check their ears for any sign of infections. It’s recommended by the National Breed Club, to get your golden retriever a regular ophthalmologist evaluation, cardiac exam, elbow evaluation, and hip evaluation.

Golden retrievers are also highly prone to contracting cancer, so you must get regular checkups for your retriever at the vet and give them a healthy diet.

Goldens are a sporting breed, and therefore need a lot of exercise. They love bike rides, hikes, and runs, but make sure that you take on a few trial runs before you decide to take them on longer excursions such as hunting trips or camping.

The average lifespan of a golden retriever is somewhere between 10 years to 12 years.

If you’re looking for a true family dog, you can’t do any better than a golden retriever. They love to swim, play, and run around in the backyard and are extremely social, which makes them perfect for a large and active family. They will require lots of snuggles and affection, and love to play fetch because of their hunting heritage.

Golden retrievers are great for both seniors and children since they need a lot of companionships. This makes them an excellent dog breed for retirees who have plenty of time. 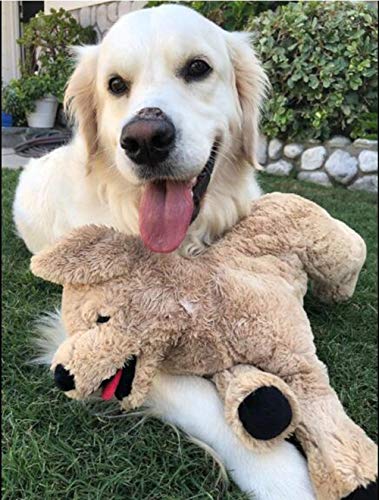 Whether you decide to get your golden retriever puppy from a breeder or you choose to adopt, it’s your personal choice but will require a lot of research. The good news is that there are plenty of resources available that can help you find a breeder that offers ethically-sourced and healthy golden retriever puppies. It’s important that you know about your responsibilities when you’re getting a golden retriever puppy, irrespective of whether you’re planning to adopt one or find a reputable breeder.

The American Kennel Club states that a lot of breed rescues state that most of their rescue dogs are due to individual owner surrender, mainly because the breed wasn’t a good fit or there was a change in lifestyle. That means there are a lot of puppies and dogs looking for a new forever home out there. The only major difference between a rescue and a breeder is that you may not find young puppies from a rescue.

On the other hand, the rescue authorized to only put up dogs for adoption, who have been neutered/spayed, and microchipped. That means you’ll manage to find a dog that doesn’t require these medical procedures and has been housebroken. It’s easy to search for a golden retriever rescue on the internet, and the American Kennel Club has a comprehensive list of golden retriever rescues on their website.

It’s important that you are thorough in your research for golden retriever puppies, as there are a lot of puppy mills that pose as reputable breeders, and they’re plenty of online scams as well. You need to watch out for them and look for information on online forums about authentic and reputable golden retriever breeders.

You should ask a lot of questions and meet the parent dogs. Trust your gut and if you feel as if something isn’t right at the breeder, or if something sketchy is going on, you should walk away. The American Kennel Club also provides a lot of resources to help you find breeders, with strict guidelines on who can participate.

Things You Should Know Before Getting Yourself a Golden Retriever Puppy

Before you begin your search for Golden Retriever puppies on sale, you must determine whether the breed is going to be the right fit for your family and household. It’s important to remember that when you get a dog for yourself it’s a lifetime commitment, so it’s best if you have a lot of knowledge beforehand. So, if you’re wondering why you should get a golden retriever puppy, here are some of the things you should know about them:

Even it can be difficult to train your golden retriever puppy in the initial stages, you’ll find that it gets easier as they get older. Golden retrievers are quick learners and extremely intelligent, which is why they make for amazing service dogs.

Golden retriever puppies are going to shed a lot, like other dogs, which is why you must ensure that you’re not allergic to dog hairs and don’t have a problem with cleaning your home multiple times when shedding season comes around.

Golden retriever puppies are excellent with children, which is why they are so popular as family pets. They are patient, kind, loving, and gentle, which are all the qualities you want in a dog that is going to be around children.

Golden Retriever puppies aren’t difficult to maintain since they’re friendly dogs that are easy to train and are comfortable inside the house. They do suffer from separation anxiety, so if you’re around them, they will not get anxious and will be relaxed.

Food is very important for growing puppies, and it’s important that you know how to properly feed your Golden Retriever puppies. Here’s what you must do:

You must remember not to feed your Golden Retriever puppy any kind of human, puppy, or dog food until they are at least 6 weeks old. The puppies will only require milk from their mother for nourishment until they are weaned off by their mom. The milk from their mother contains antibodies that help build the immune system of the puppy and allows them to fight off any infection.

The mother is going to reduce the number of times she feeds her puppies when she starts weaning them. This is when you should introduce your puppies to Cerelac.

Don’t make abrupt changes to the diet of your pup, since you may end up giving them an upset stomach. You’ll need to slowly transition your puppy from Cerelac to food. This can be done by feeding the puppy half a serving, and then working up to the limit recommended. 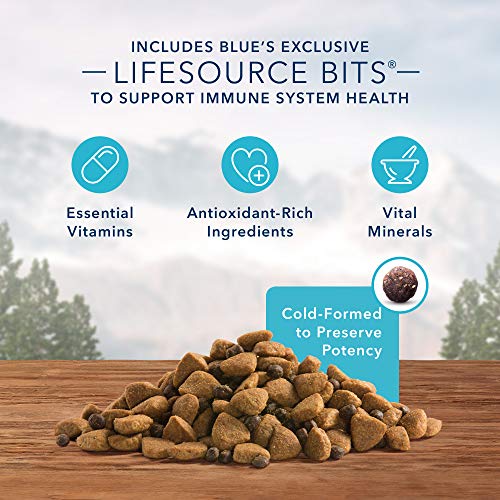 You may think of Golden Retriever puppies as cute little furballs, but they can become a nightmare when it comes to grooming. The problem is compounded because they shed a lot since they have a double coat. Fortunately for you, we are going to discuss everything right here:

Golden Retriever puppies are adorable, tiny, and cute, but they’re going to get bigger and bigger, till they transform into large dogs. They require a lot of exercises and that means taking them out on regular walks and playing with them. If you don’t take them out for walks or play with them, they’ll start gaining weight and become obese, which will bring some serious health problems with it.

Golden Retriever puppies can be a handful, which is why you must stay on top of your game when it comes to grooming them. You’ll also need to give your puppy regular baths if they spend a lot of time outdoors playing in the mud.

Golden Retriever puppies come with double coats, which means they’re going to shed a lot of furs when shedding season comes around. Therefore, it will be a good idea to invest in a vacuum cleaner to mop up all that extra fur that is shed throughout the year. Even though you may be annoyed with all the shedding of your golden retriever puppy, it’s important that you never shave them.

Another thing you should know is that golden retriever puppies are going to grow into large dogs with large paws with big nails. It’s important that you get the nails trimmed down regularly since large nails split easily and are painful for your puppy if they do. 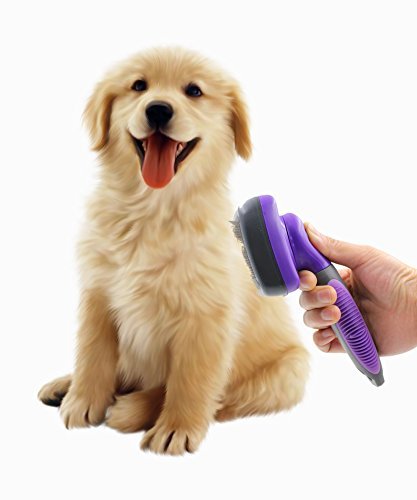 Golden Retriever puppies are extremely cute and will bounce around your home, as they are playful and active dogs. They make for great family pets as they are loving and loyal companions, who will be with you through the good times and bad the ones. However, they also require a lot of care, and you should know that caring for a Golden Retriever puppy is a full-time commitment.